Teen Patti May Evolve as A Global Game; Google Trends Are Positive Too 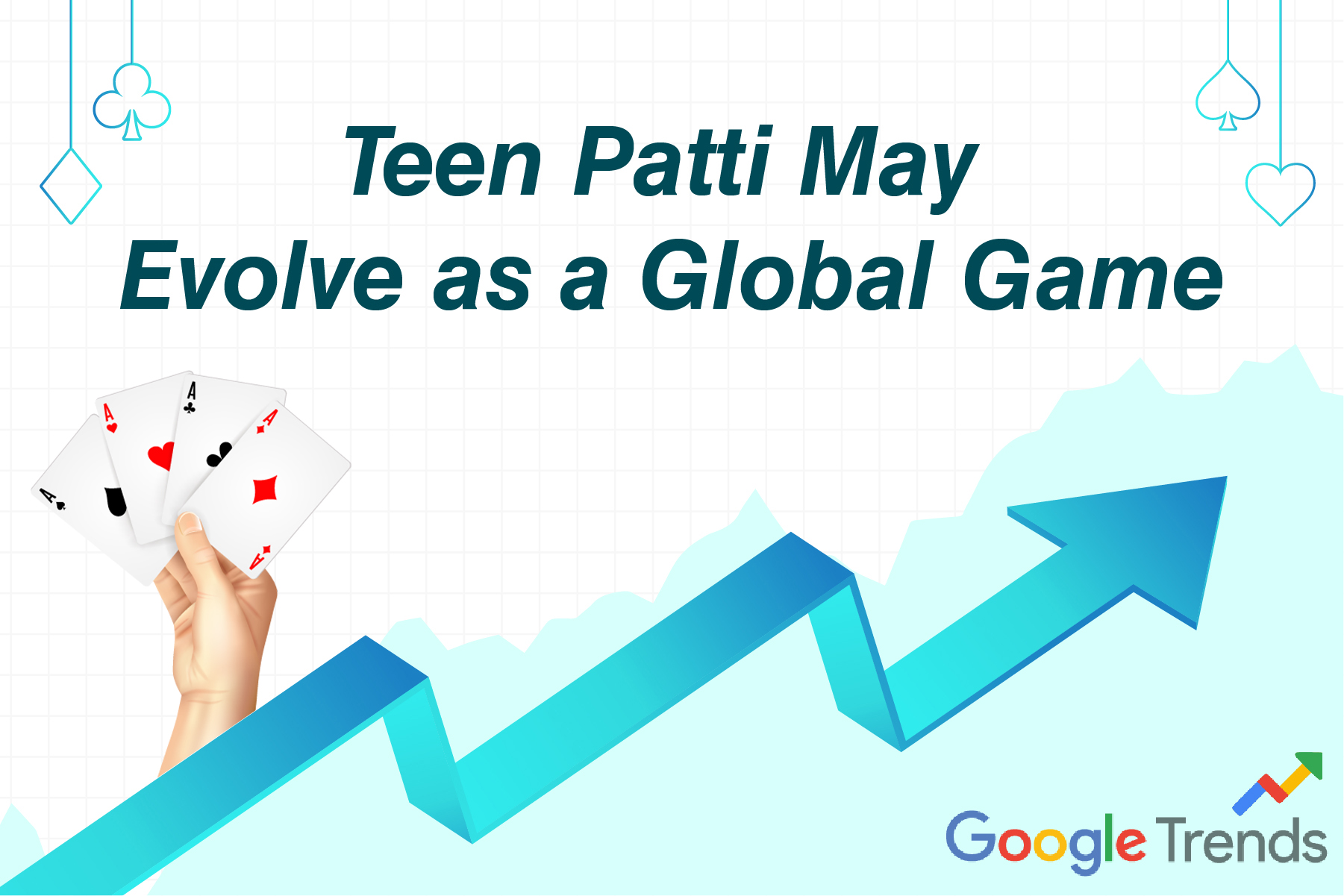 Since ancient times, Indians have had a soft corner for social gaming and casino gambling. The rich Indian culture has led to the introduction of exciting games such as Teen Patti, where players need to wager on the highest-ranking hand.

As a variation of the British game Three Card Brag, Teen Patti has been a constant source of entertainment for the natives, especially during the festive seasons of Diwali and Janmashtami.

Along with being a popular recreation for millions of players in the country, the game of Teen Patti is now being enjoyed by global players. Here’s a look at the current popularity of Teen Patti and how the game may evolve in the coming years.

The rising popularity of Teen Patti

The game of Teen Patti has experienced tremendous growth in recent times, owing to the outbreak of the coronavirus and the subsequent lockdowns that followed it. As most people were confined at their homes, card games like Teen Patti evolved as a major way to pass their time. So, it’s no surprise that the popularity of the game has grown by leaps and bounds in India and around the world.

Another factor that is contributing to the rising popularity of Teen Patti is that it’s largely based on the element of chance. When playing Teen Patti, the only skill the player needs is risk assessment. The quick learning of the basics of Teen Patti makes sure that players of all skills can easily access it.

The past decade has seen a massive surge in the number of users using smartphones to play games. In fact, according to a recent report by Newzoo, there were around 2.5 billion mobile gamers around the world in 2020. This massive growth in the mobile gaming sector is the driving force for the growing market for social card games like Teen Patti.

The major reason for the popularity of social Teen Patti is the shift from traditional playing tables to mobile devices. As most people have their smartphones along with them all the time, it has become increasingly convenient for players to access card games like Teen Patti whenever and wherever they want. Seeing at the current stats, market analysts have stated that mobile gaming will rise 20% each year.

Another factor that is working in the favour of making Teen Patti a global game is the advent of live casinos that cater to local players. Initially, the live dealer casino sites only offered classic casino titles like Blackjack, Baccarat and Roulette. But as the casino providers have started aiming to attract global players, one can now find Teen Patti table at various international sites.

Live casinos provide players with the opportunity to play card games like Teen Patti against a live dealer in real-time. So, players get to experience the thrills and excitement of land-based casino gaming from the comfort of their home. As the growing trend of live casino gaming continues, the online gaming world can expect more and more Teen Patti tables being available at international casinos.

The thrill and excitement that comes with playing real money games like Teen Patti have enticed several Bollywood stars, and Sunny Leone is one of the most popular ones. In 2015, the actress went on to launch her online-based app game Sunny Leone Teen Patti with gaming studio Gamiana. The Bollywood diva has also partnered with JeetWin Casino, which is a well-recognized name in the iGaming industry. Since 2016, the starlet makes regular appearances as a dealer at the casino. As the popularity of the Teen Patti and other casino games continue to rise, we can expect to see more stars offering their own Teen Patti titles.

The advent of Teen Patti apps

In the past decade, the gaming content was largely focused towards the US and European markets as it was created by Western companies. However, all of that changed in the mid-2010s when the Indian online gaming industry started developing for the Indian market.

Today, the gaming world is experiencing a growth in local content investments, which is shaping development and market offers. Currently, Teen Patti by Octro is the most grossing app on App Annie and has been played by more than 150 million people. Also, it’s the sixth highest-grossing app on the Google Play Store in India.

The phenomenal success of Octro Teen Patti has led to the advent of various innovative Teen Patti versions in the form of apps. So, players who want to try their hands at something different than the original Teen Patti game, they can easily play numerous variants like AK47, Joker Hunt, Discard One, and more.

What Google Trends suggest about the future of Teen Patti?

The increased adoption of gaming devices and the availability of affordable internet was the major reason for the rise in popularity of Teen Patti. Data from Google Trends reveals that the first instance when searches for Teen Patti went up by a whopping 52% was between November 2016 and April 2017. The upward trend in the Teen Patti search continued until the middle of 2018, after which it appeared to have dwindled somewhat.

But the outbreak of the COVID-19 pandemic has once again led to a surge in the popularity of Teen Patti. Between March 2020 and April 2020, searches of Teen Patti went up by 38%. This upward trend in Teen Patti searches has continued over time, owing to the fact that more and more people are increasingly seeking Teen Patti as a form of entertainment.

Speaking of the interest by sub-region in India, the game of Teen Patti is most preferred by players from Nagaland, Gujarat, Manipur, Assam and Meghalaya. As for the worldwide trends, Teen Patti is getting increasingly popular in countries like Bangladesh, Nepal, Afghanistan, Qatar, Oman, Saudi Arabia, UAE and Kuwait.

Overall, the data reveals that the popularity of Teen Patti has increased by a staggering 180% in the last five years. Seeing at the current stats, it’s very likely that Teen Patti might evolve as a global game in the near future.