Also known as flush or flash, Teen Patti is a popular casino card game which originated in India and is quite popular throughout South Asia. Similar to other casino games like Three Card Poker, Teen Patti features simple rules and anyone can play it easily after a few rounds of watching the action. In fact, you can even try Teen Patti for free online!

Here are two Teen Patti variations you can try here. 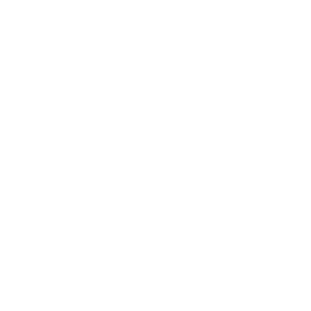 Teen Patti Champion is a free Teen Patti game which has been developed by Mplay Games. The game allows players to place a wager on three different outcomes, making for a fun and exciting gaming experience.

How to play Teen Patti Champion

Teen Patti Champion allows you to bet on Split if you think that the dealer and the player will get cards of the exact same value. With Side Bets, you can bet on specific outcomes for both the player and the dealer.

The ranking of hands in Teen Patti Champion, from high to low, is as follows:

With a simple and easy to use interface, Teen Patti Express is another free Teen Patti game by Mplay Games. The game has been developed using the latest technology, so it can easily be accessed across multiple formats.

How to play Teen Patti Express

Teen Patti Express is a simple yet interesting game to play. Upon loading the game, there’s a section at the bottom of your screen which features coins of different values. The number on these coins is your stake size, and you can drag the coin of your preferred stake amount in the centre of the screen to place your wager. Then click on the Deal button at the right-hand side of your screen to deal the cards. If you wish to cancel your current wager, click on the Clear button.

If you get a pair or better hand in Teen Patti Express, you win. The Total Bet corner at the bottom right corner of your screen displays your total wager amount, while the Total Balance tab at bottom left corner indicates your balance amount.

A look at the history of Teen Patti

The game of Teen Patti originated in the subcontinent, but its history is said to date back centuries. It is popularly believed that Teen Patti is inspired by the British card game called three-card brag. This belief is most likely true as the game comes with many similarities to the British game. Teen Patti is quite popular in India due to its close connection with India’s fundamental cultural heritage.

Traditionally, Teen Patti is played between 3 and 7 players. It’s a game of bluff and aggression where the wagers can get bigger and bigger. Blind players keep the pressure up by not seeing the cards, while seen players decide whether to stay in the game by looking at their cards.

The objective of Teen Patti

Teen Patti is a simple and easy to play card game. The objective of the game is to have the best three-card hand as per the hand ranking and to maximize the pot before the final showdown for you to win. A standard 52-card pack without jokers is used in the game.

With the advancement in gaming technology, you can now play Teen Patti for free on multiple platforms like Android, iOS, desktop PC and more. Below we take a look at the popular Teen Patti games to play for free.

If you want to play with cash check real money teen patti.

What is free Teen Patti?

Free Teen Patti is a variation of Teen Patti that provides players with the chance to play the game for no cost.

Which is the best hand in free Teen Patti?

The highest hand ranking in Teen Patti is the trio or trail. A trio is when you have three cards of the same rank.

Is free Teen Patti a game of skill or a game of chance?

Teen Patti is largely based on the element of luck and hence is a game of chance.

Can I withdraw my winnings in free Teen Patti?